I have joined the Eurorepar Team Nett Motorsport for the finale round of the 2019 VLN season, on the famous Nürburgring Nordschleife! I’ve spent the whole race day with the team in the pits, observing what’s happening behind the scene. And it was fantastic!

Everything is out of scale at the Nürburging: a 25 km long track in the forest with 170 turns and as much cars on the track. Crazy enough? It was also from the inside with 5 cars (and teams) sharing each garage, that was quite the logistical challenge.

But let’s see a few shots of that race week-end, should we?

Don’t hesitate to contact me if you’re insterested in buying one of those photos, digitally or even better as a fine art print in limited edition!

Race day starts very early. As soon as the sun is up, the qualifications can begin. 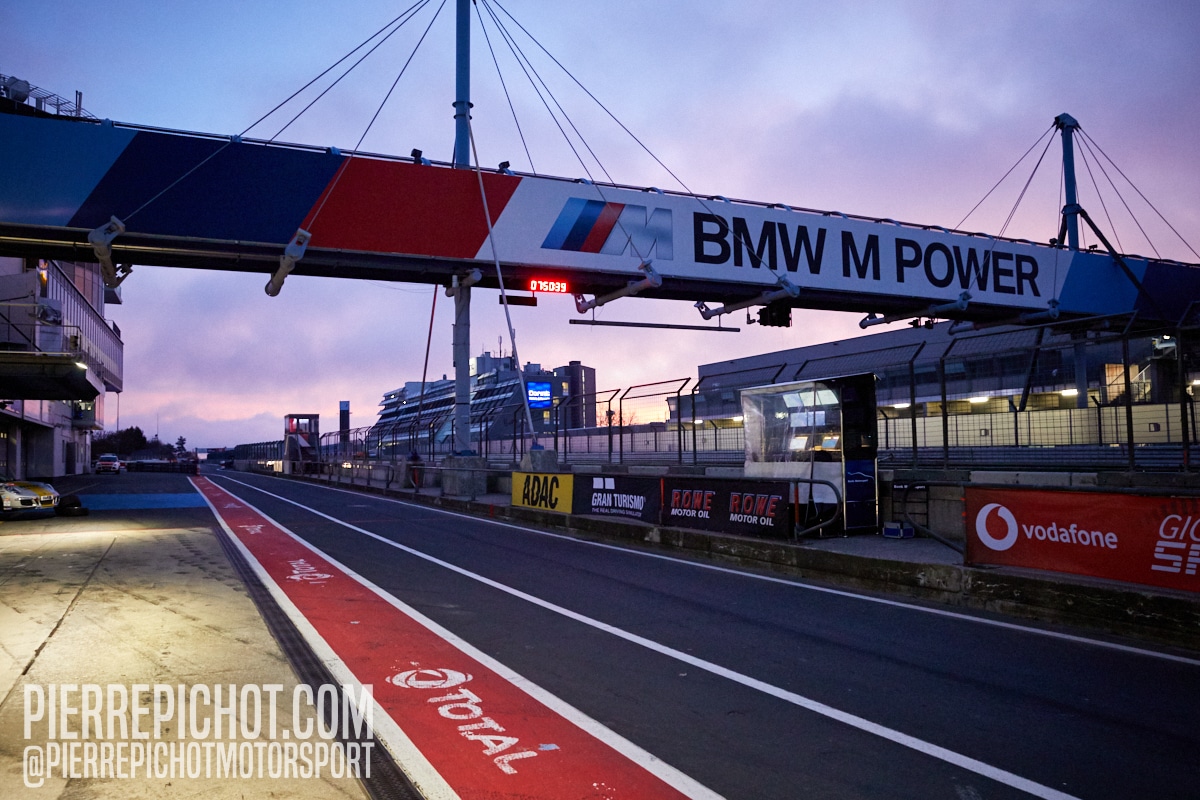 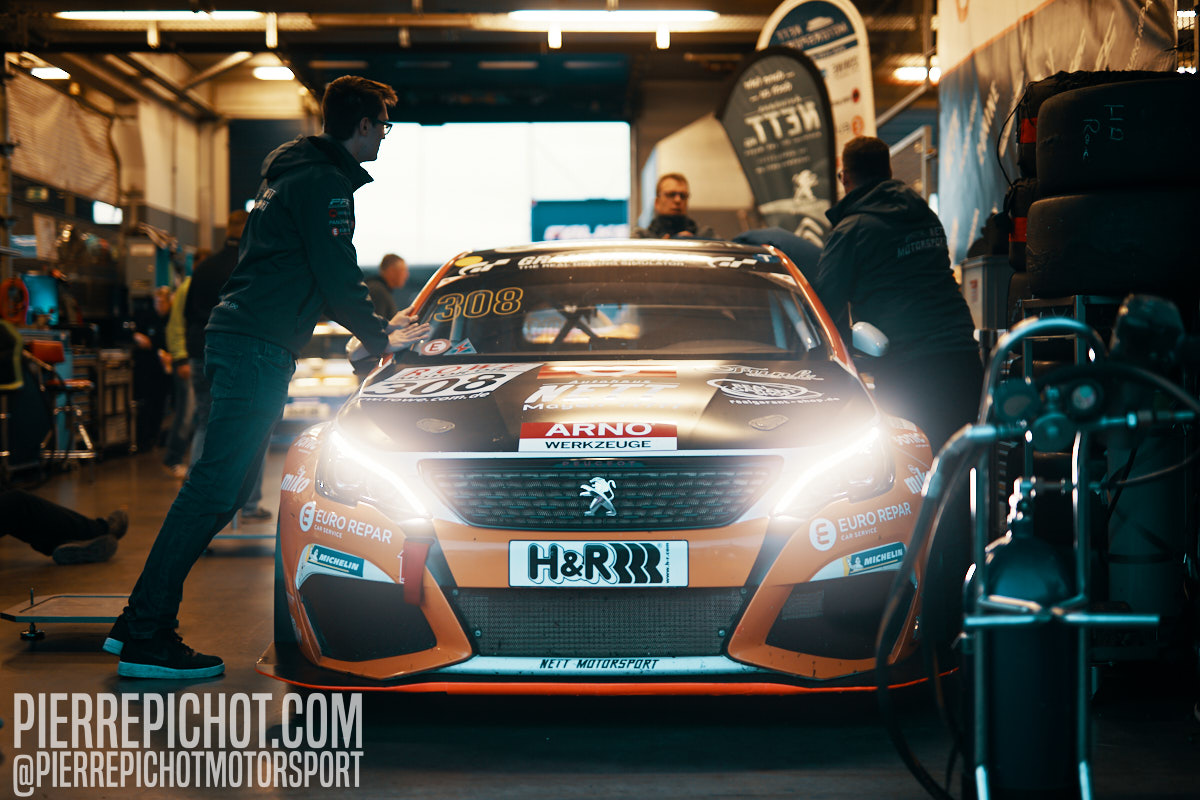 The car, the Peugeot 308 Racing Cup TCR #308, is getting ready to set the fastest lap possible. 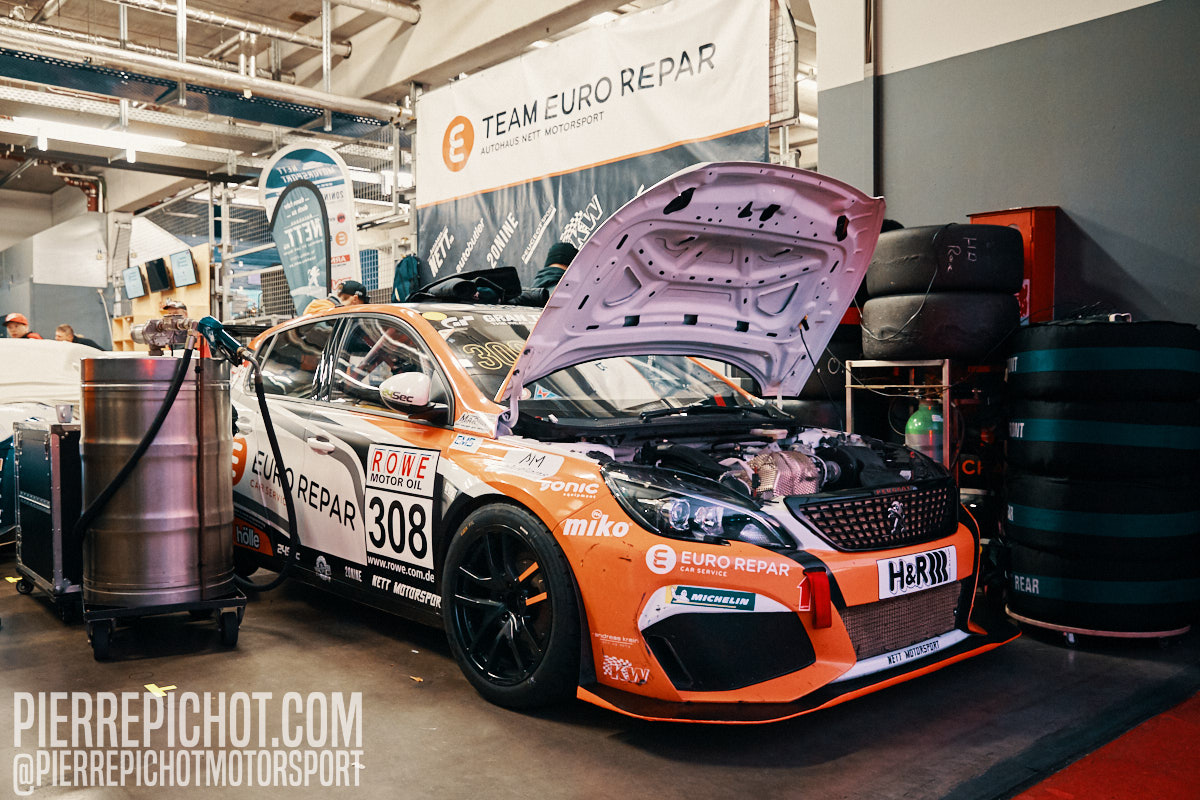 Bradley Philpot helps Joachim Nett to install in the car. Joachim will be the first to qualify the car, Bradley will take over a later as the track is still a bit damp. 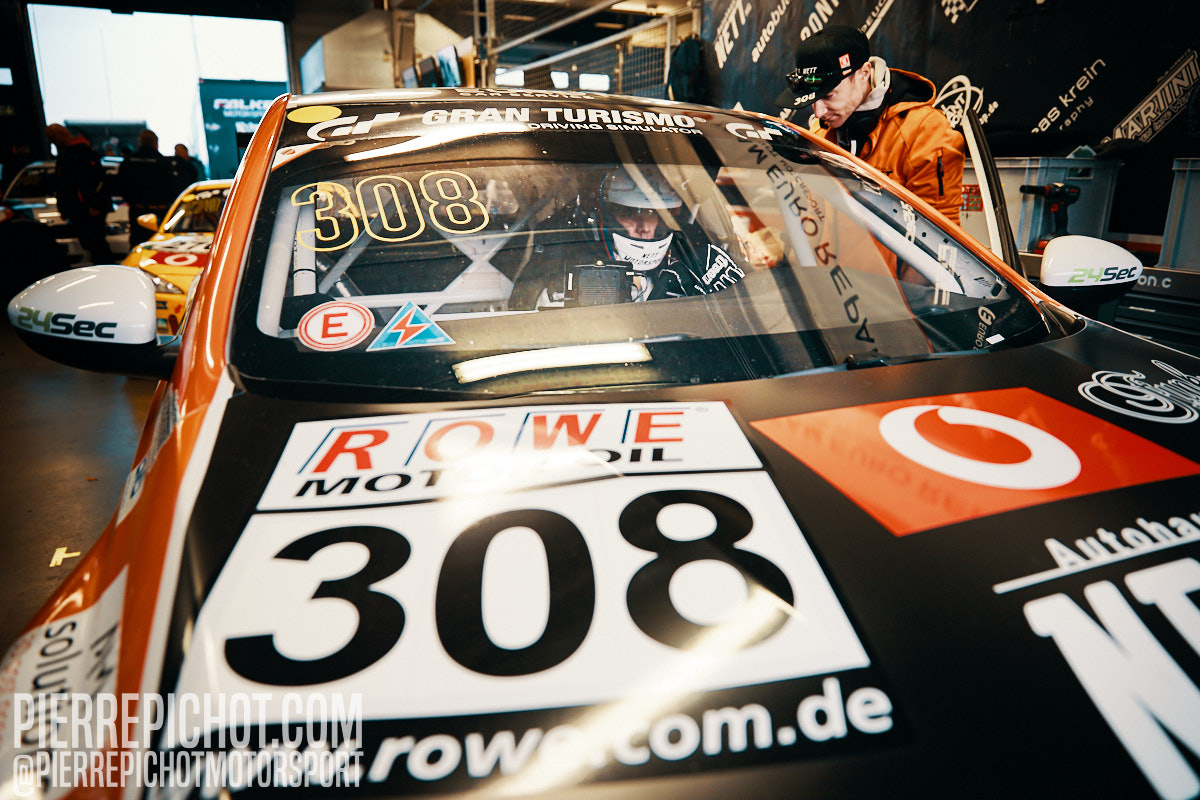 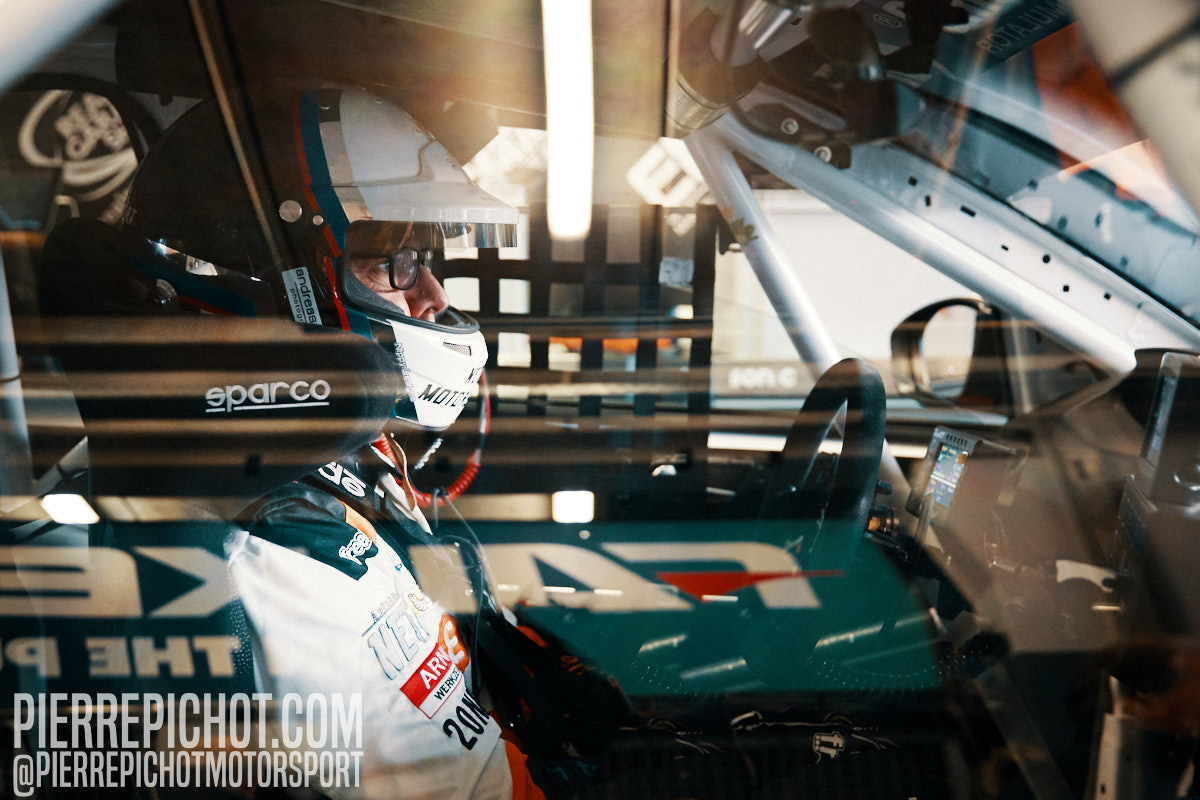 The car is a front wheel drive car, meaning that the front tyres will suffer today: the must endure the accelerations, the heavy breakings and also direct the car. The risk of overheating is pretty high, which affects the car’s performance. Meanwhile, the rear tyres tend to get cold as soon as the car slows down, which has consequences in term of performance and above all of safety. Tyre management is key, from the pilot but also in the garage. 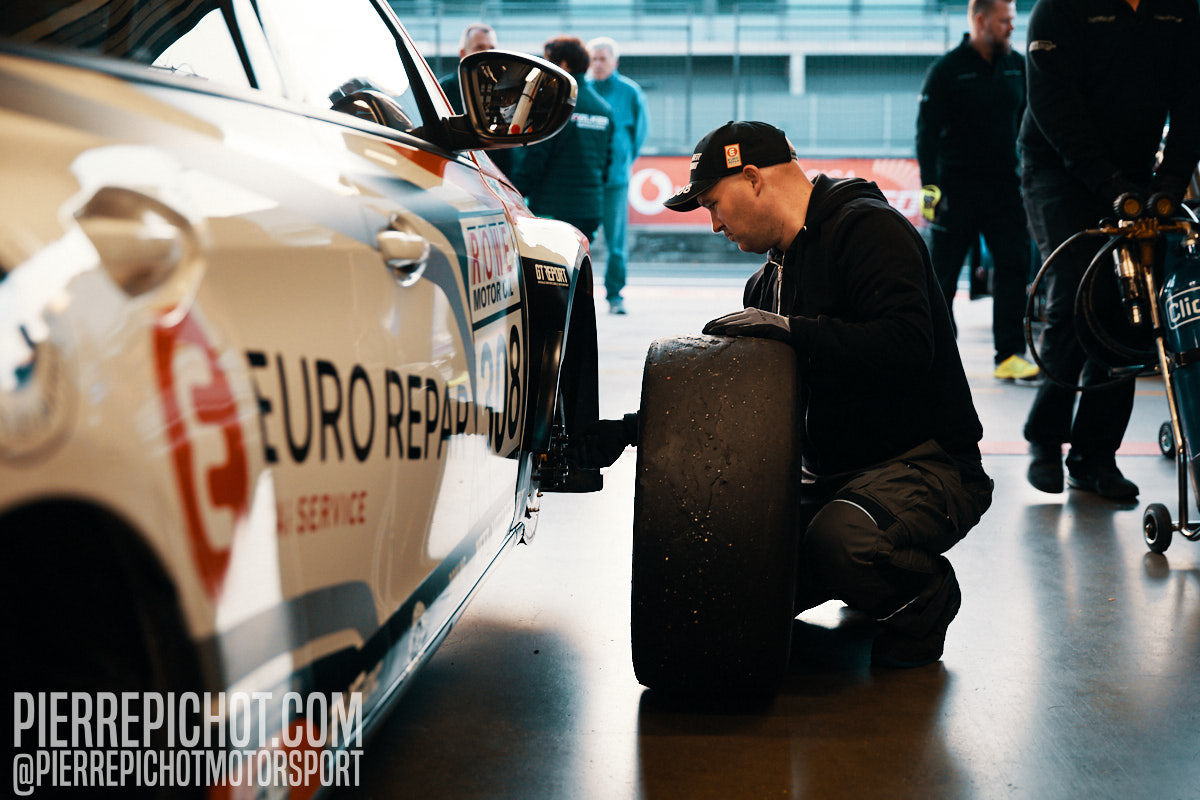 Christian Erben, the Team Principale, is giving Bradley the last recommandations and infos on the track’s conditions before he starts his qualification stint. 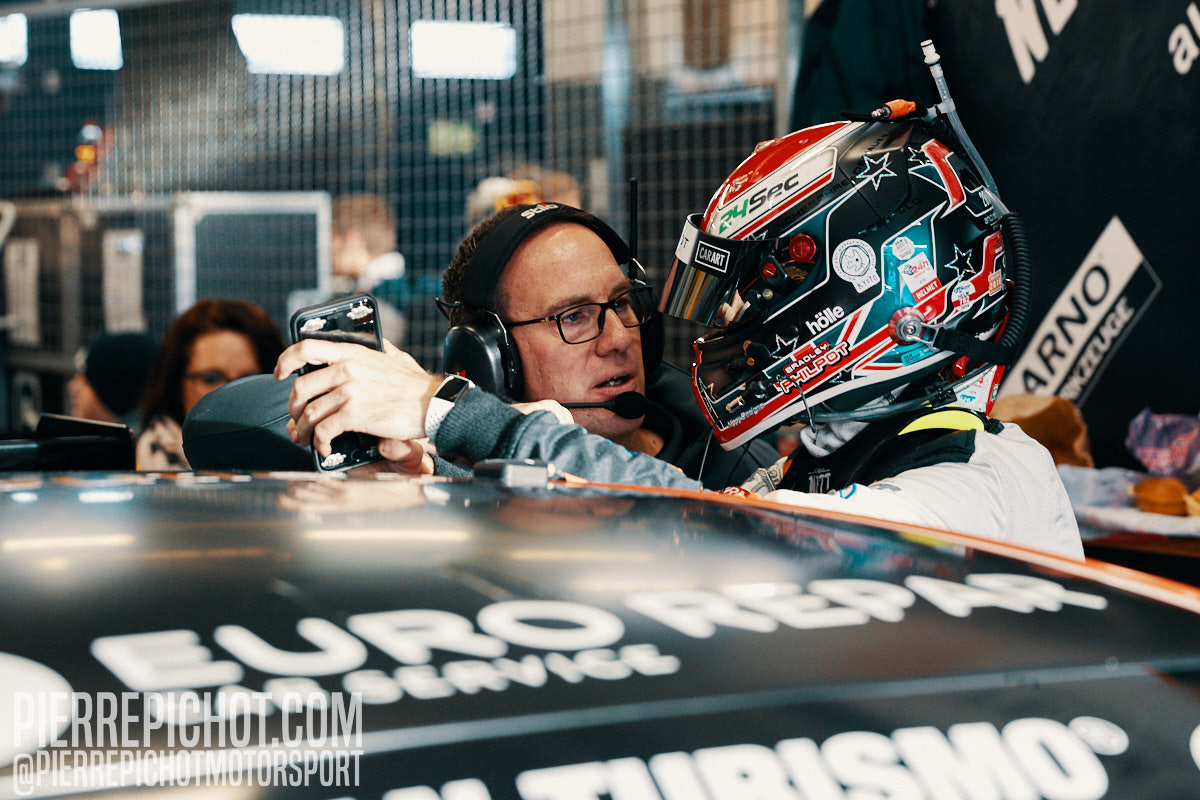 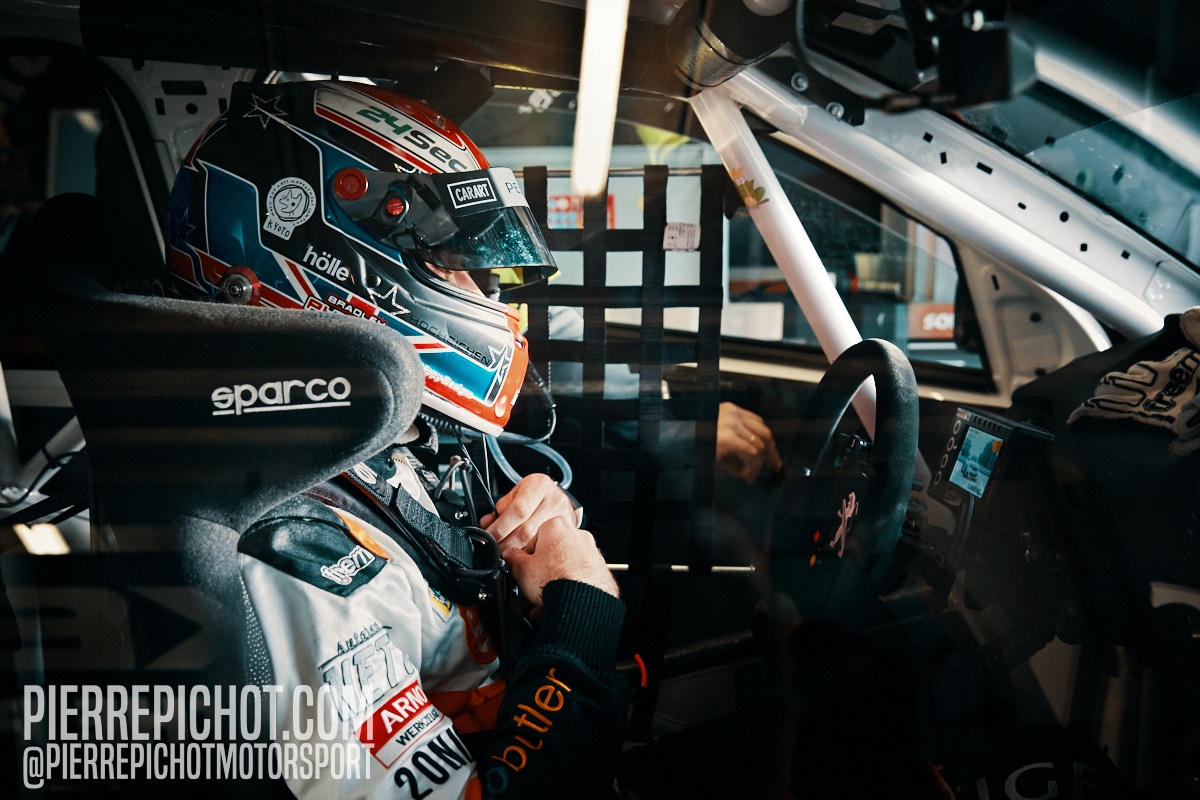 Bradley has finished his session. He gives to Christian and Jürgen Nett (the third driver and team owner) his feedback on the car’s behavior on the numerous turns of the Nordschleife, in a typical race driver style. 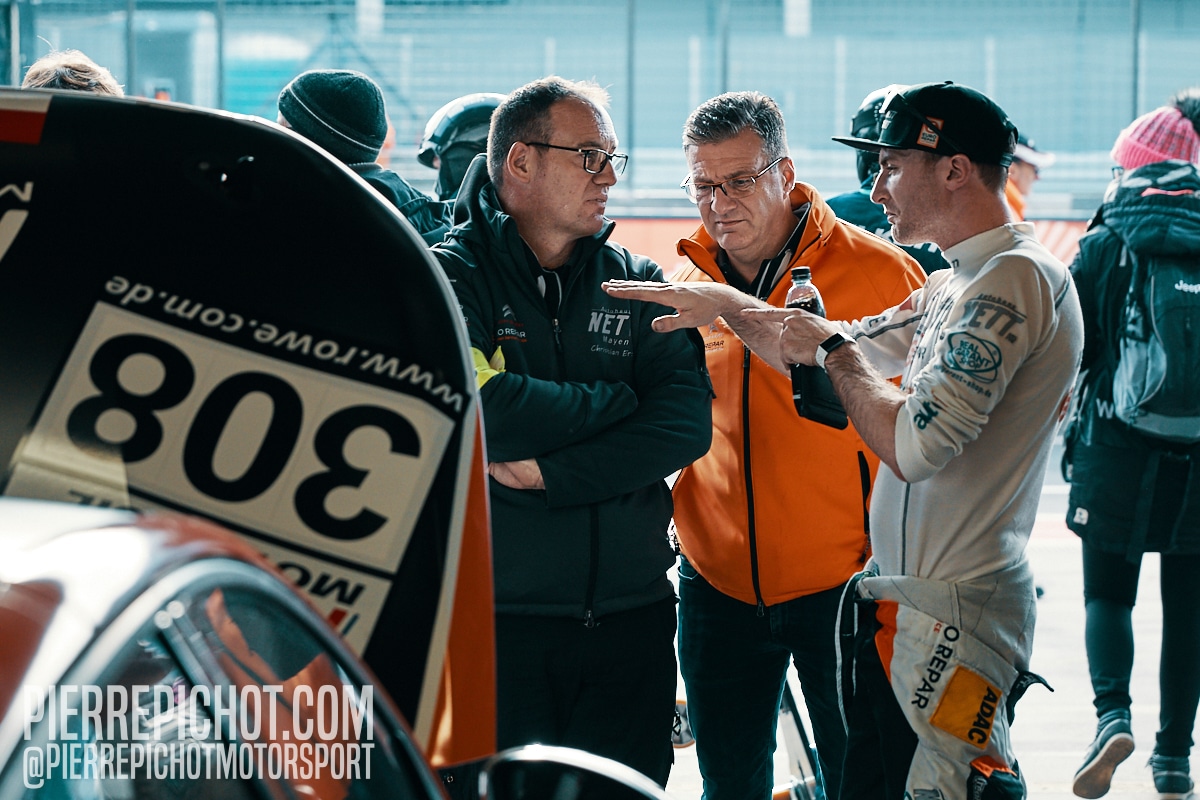 French car, french tyres, and for that week-end, french photographer. Such frenchness! 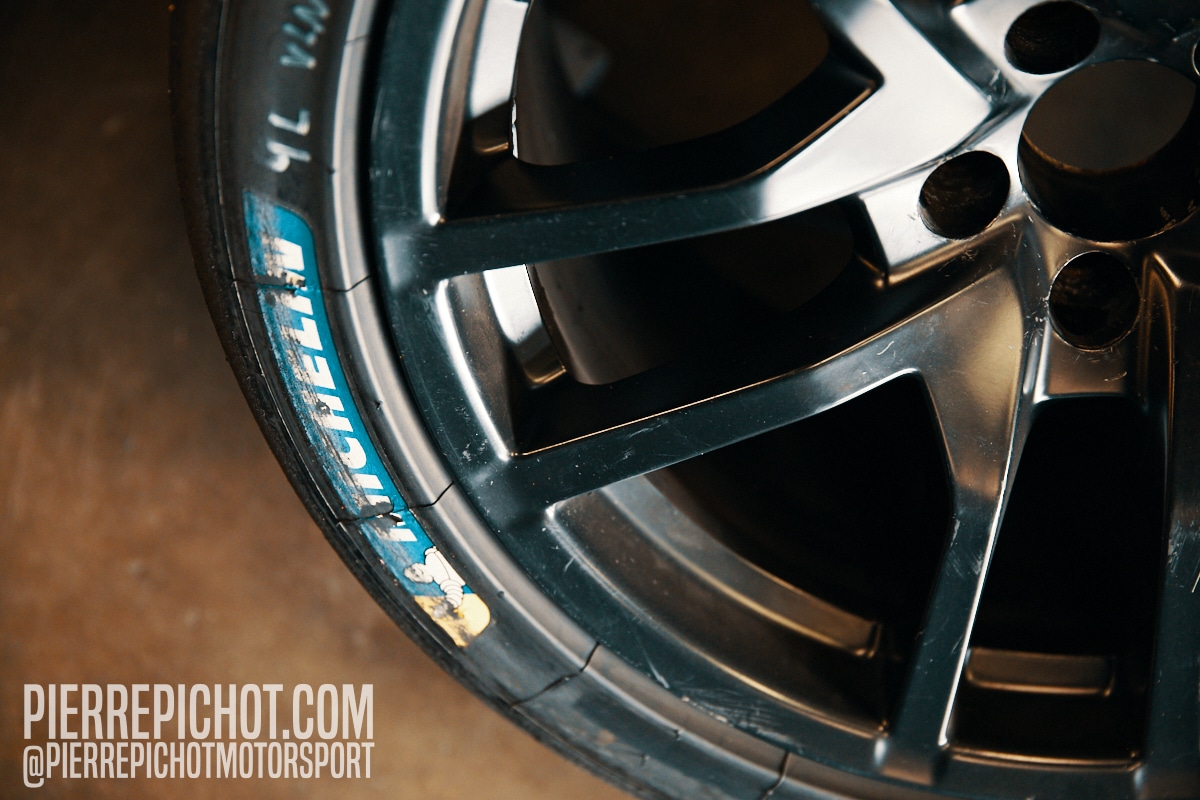 While the team is preparing for the start procedure, Jürgen’s helmet rests on the car. He will start the race. 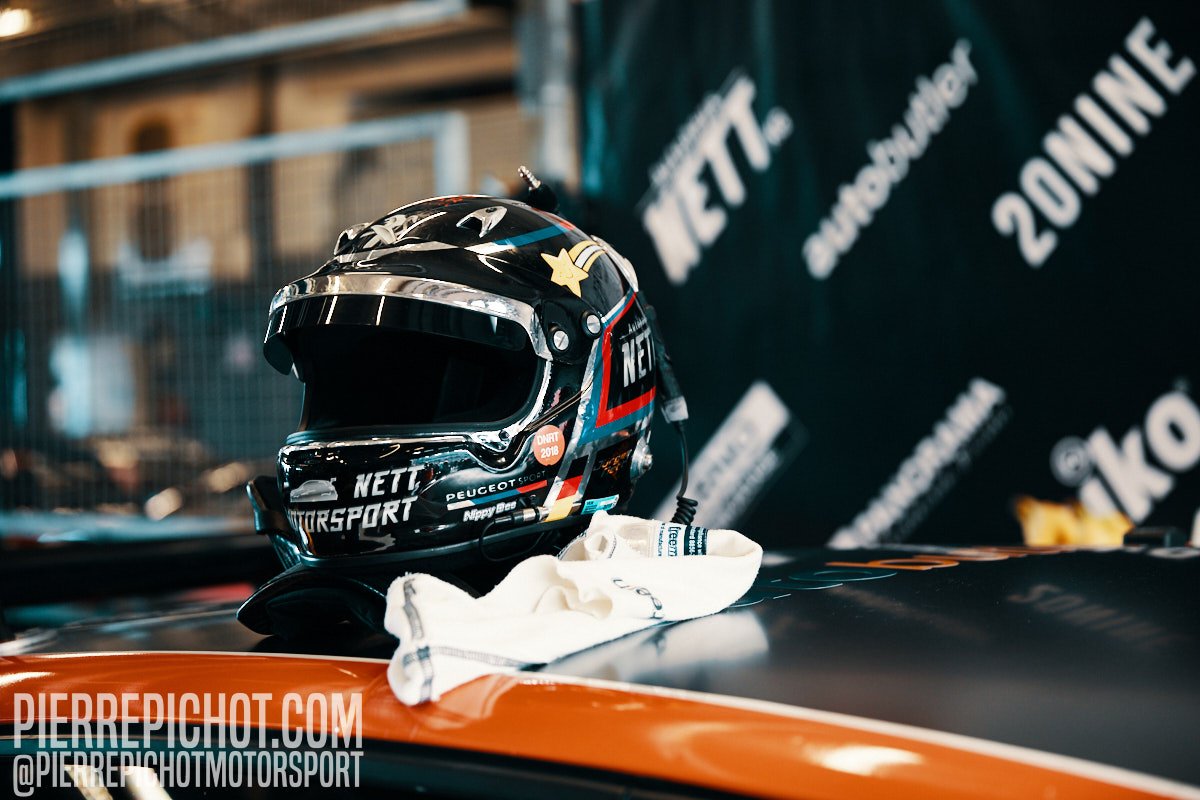 Team photo on the grid. The Peugeot #308 will start in 62th position, but leading its class. 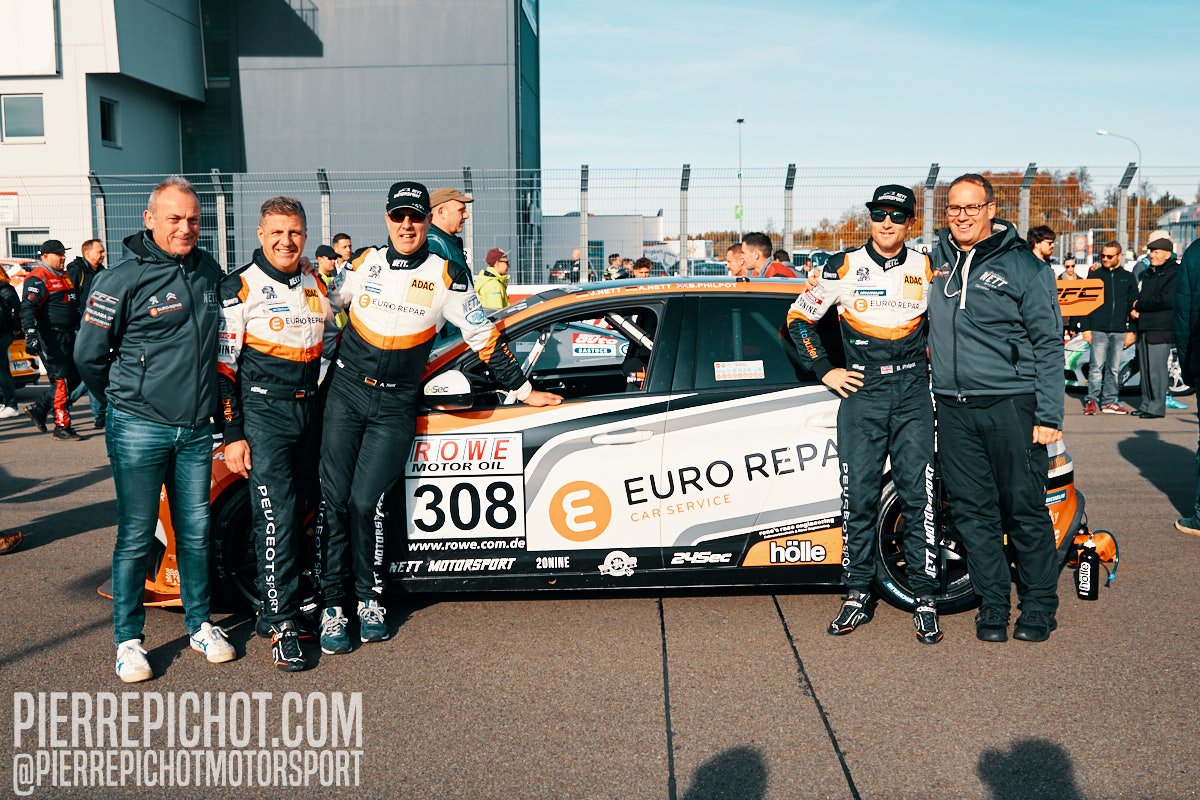 The start is imminent, everyone in the garages gather in front of the TVs. For obvious security reasons, it’s not possible to watch the start from the pit lane. Due to the large amount of cars, the start is given in 3 groups. Imagine, 170 cars at the same time at the first corner! 60 is already whuite a lot. 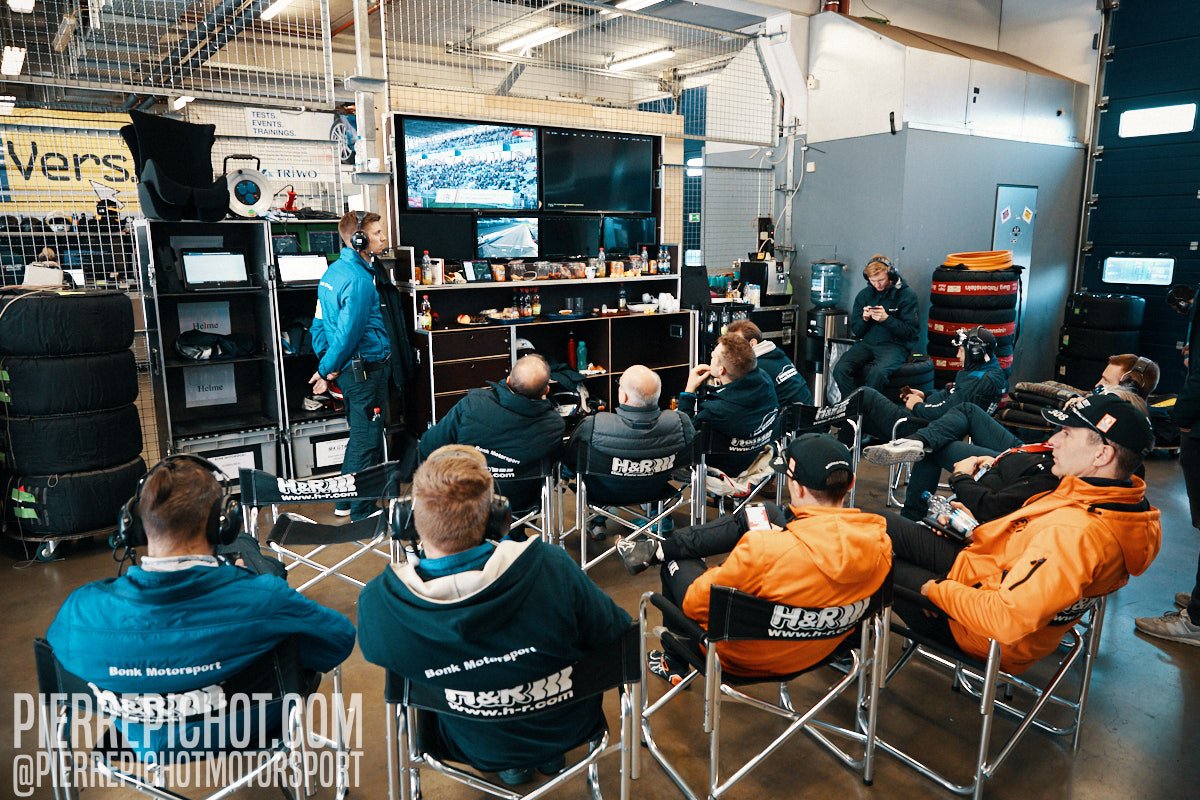 We’re 90 minutes in the 4 hours race, Bradley will take over from Jürgen. 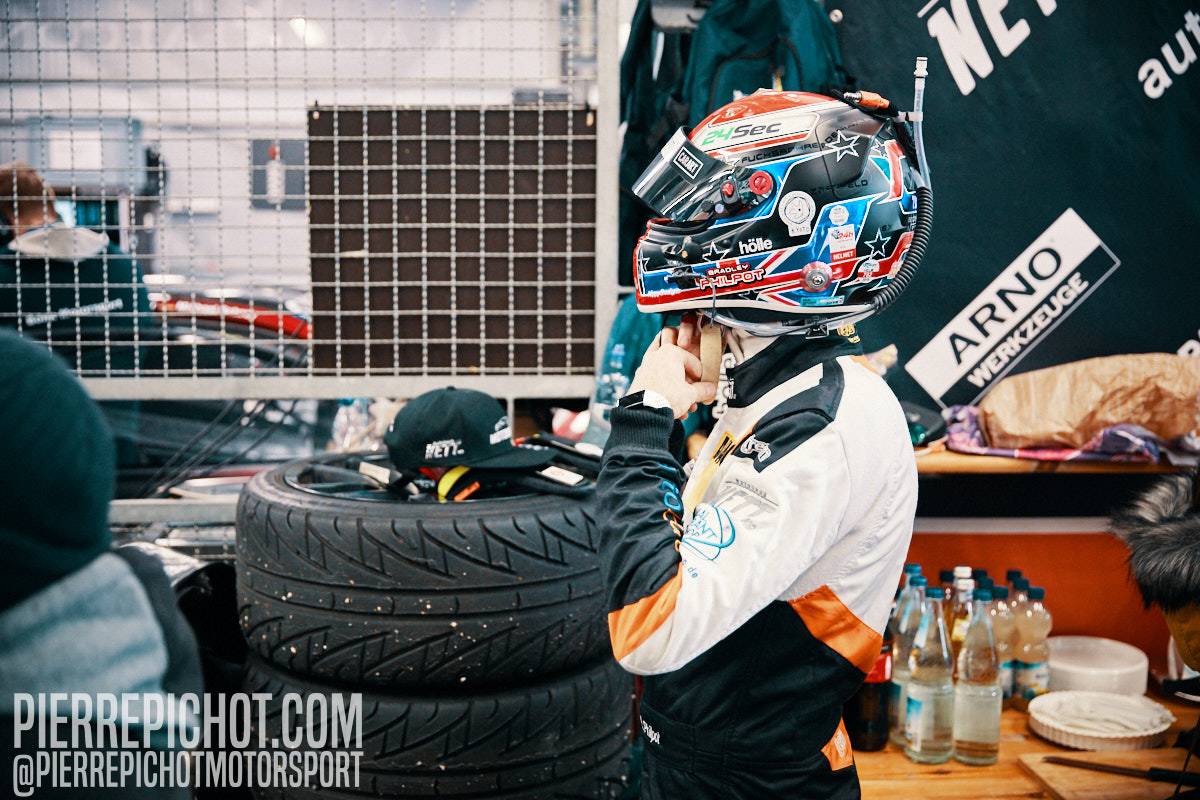 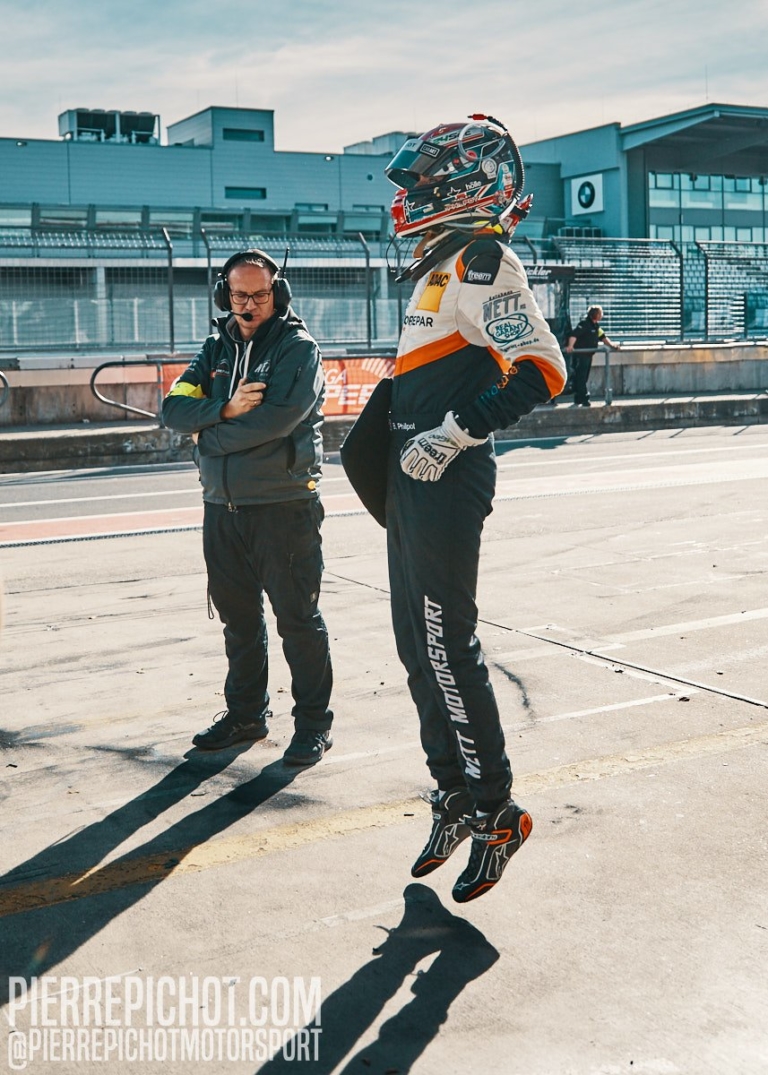 Team work by excellence: Jürgen helps Brad to install, while Achim cleans the windshield. The rest of the crew checks the engine and changes the tyres. Everyone participates! 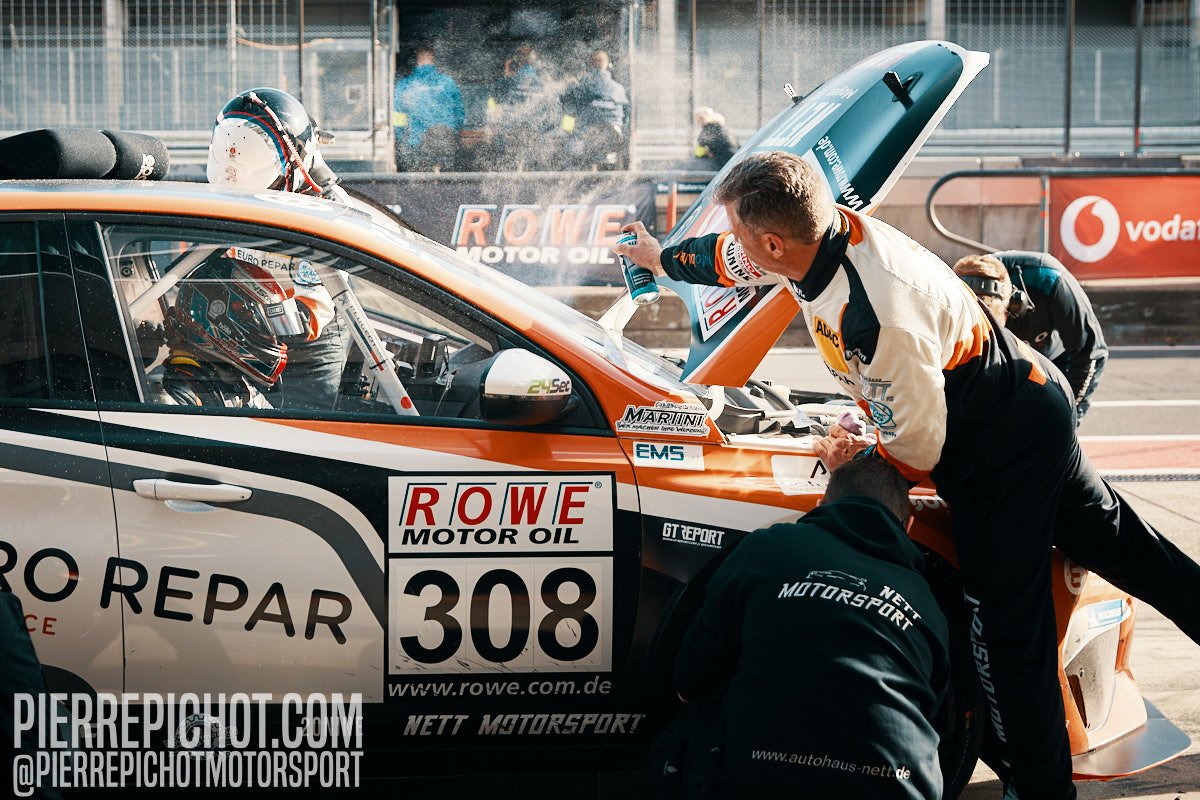 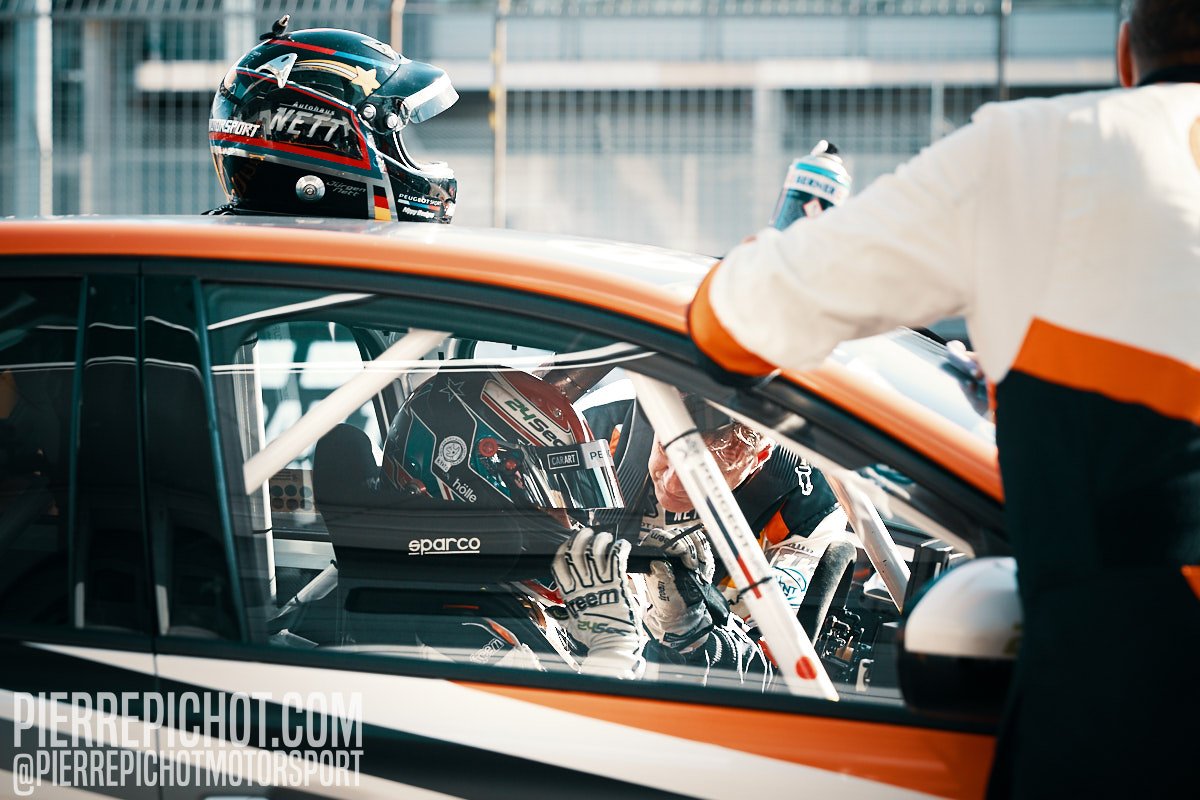 The tyres are kept warm in those heating blankets until the last moment, for them to give immediately the best performance once on the car. A car with cold tyres is slow, but is also dangerous to drive. 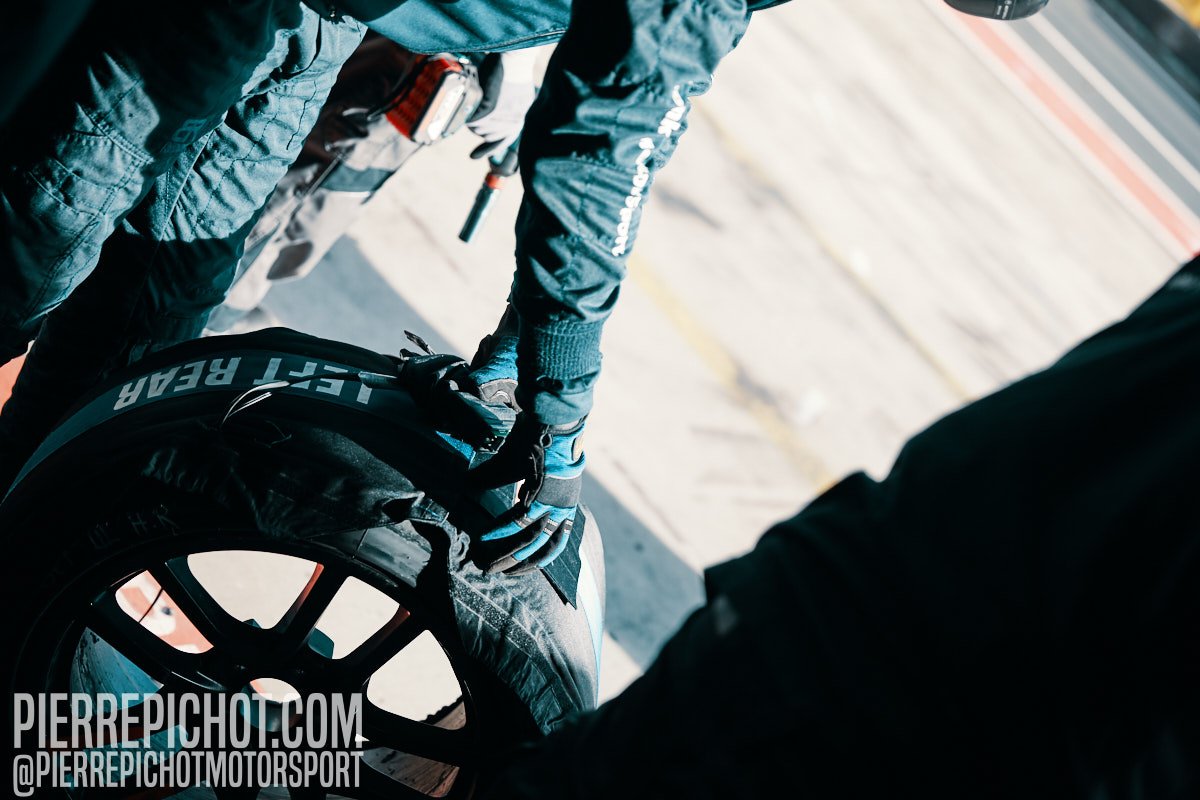 3 hours into the race, Bradley stop, Achim will perform his stint, the last of the race. The whole crew is ready for the last dance of the season. 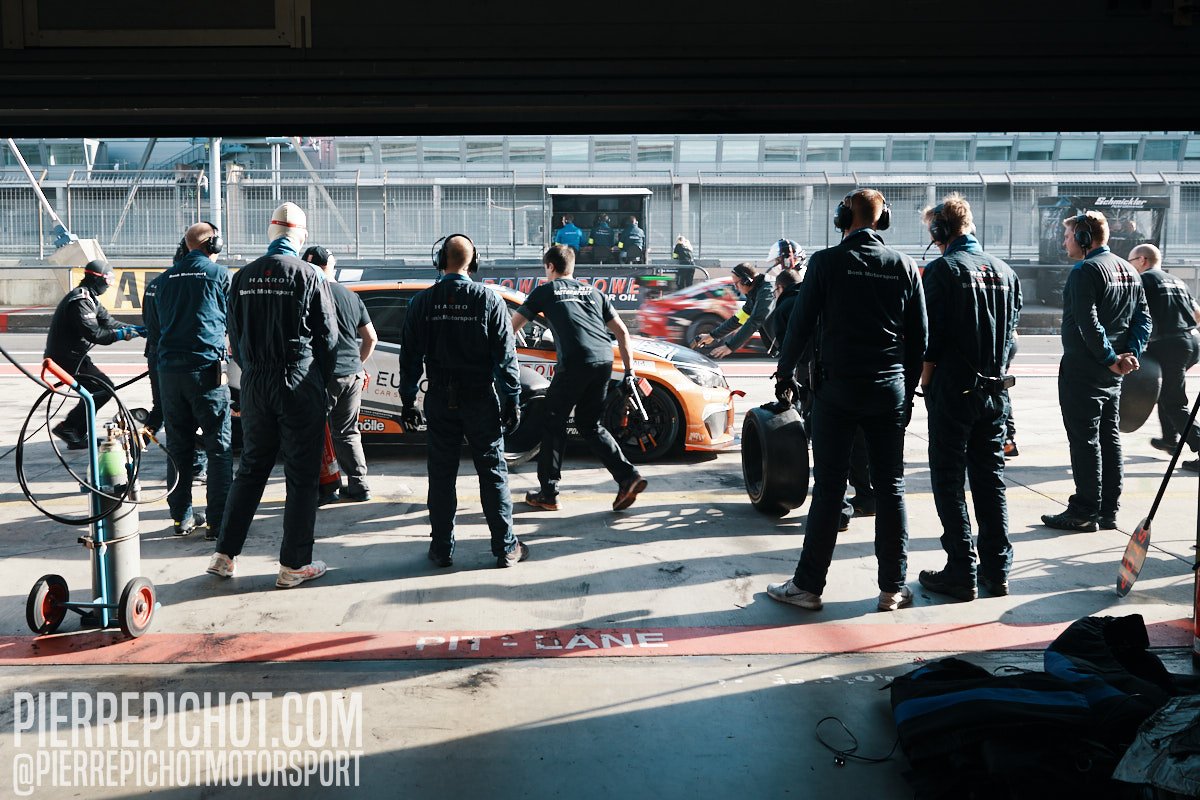 And here we are! Class win for Nett Motorsport and the Peugeot 308. They’ve won the 9 rounds of the championship this year! 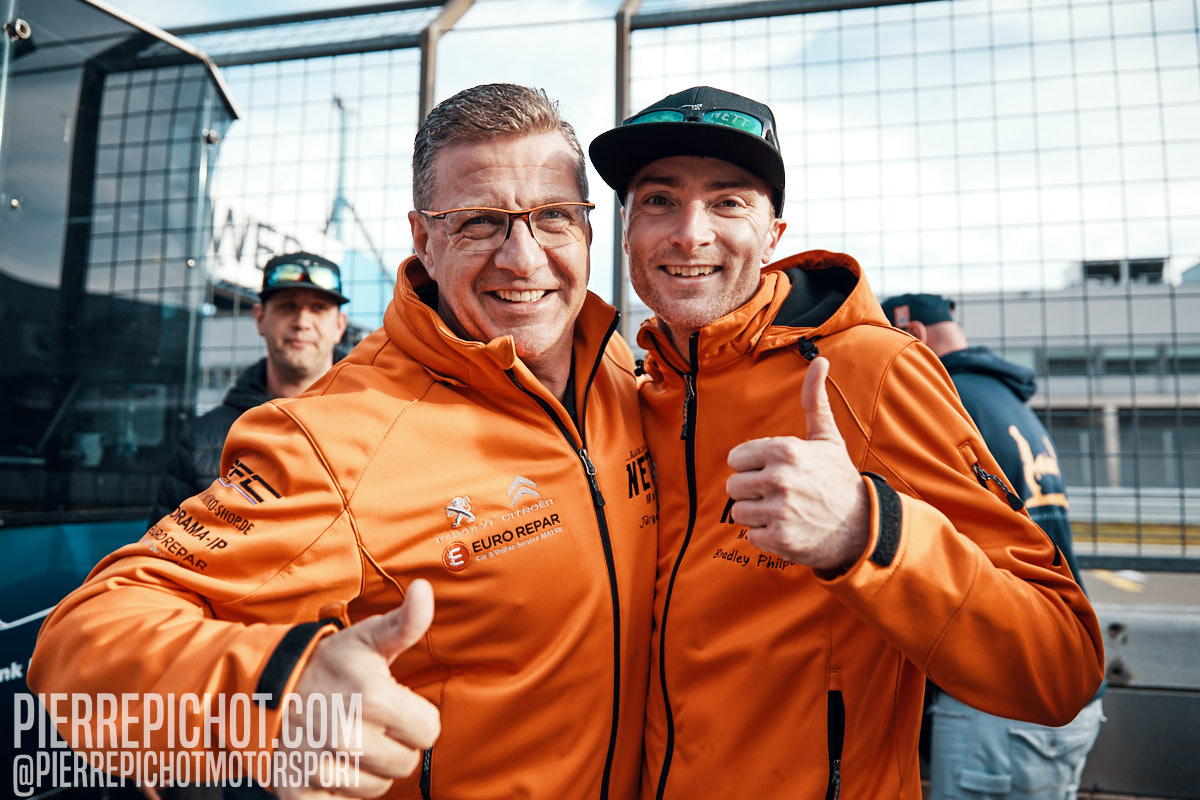 Last group photo of the season, while enjoying the win… with german beers, of course! 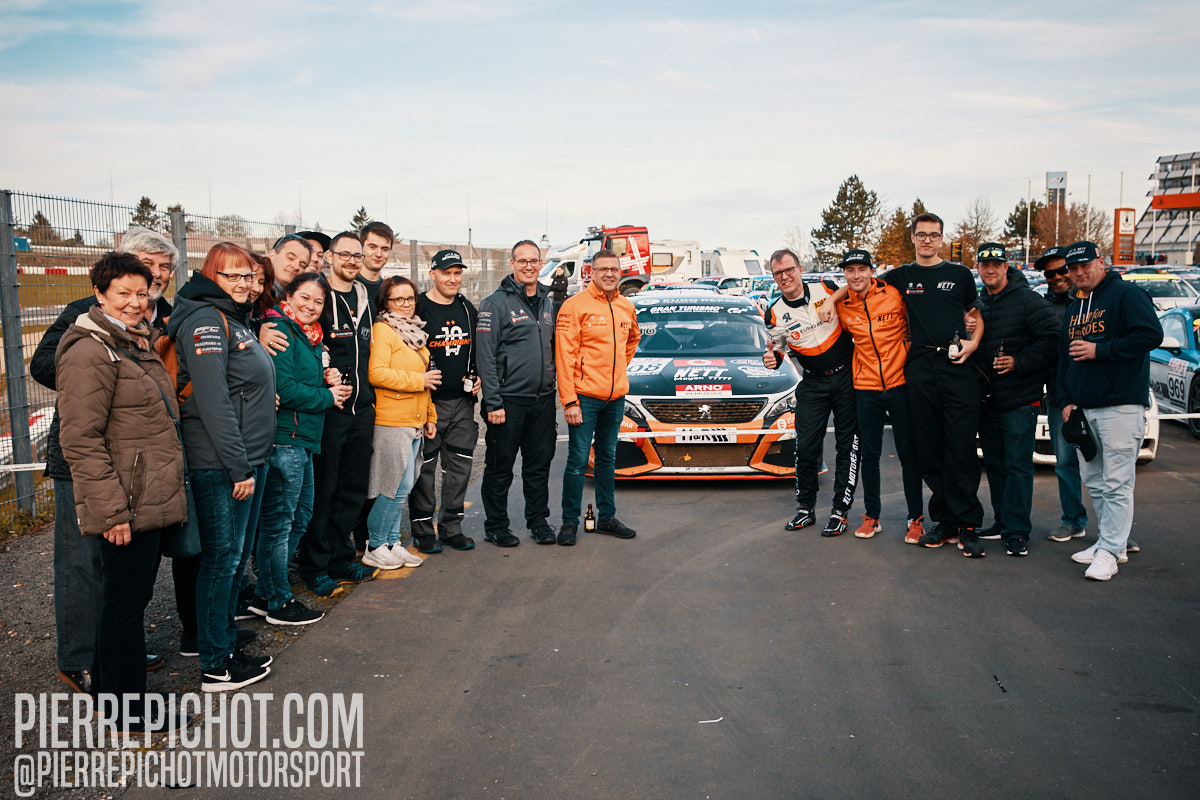 Thanks again to the team for this fantastic opportunity!