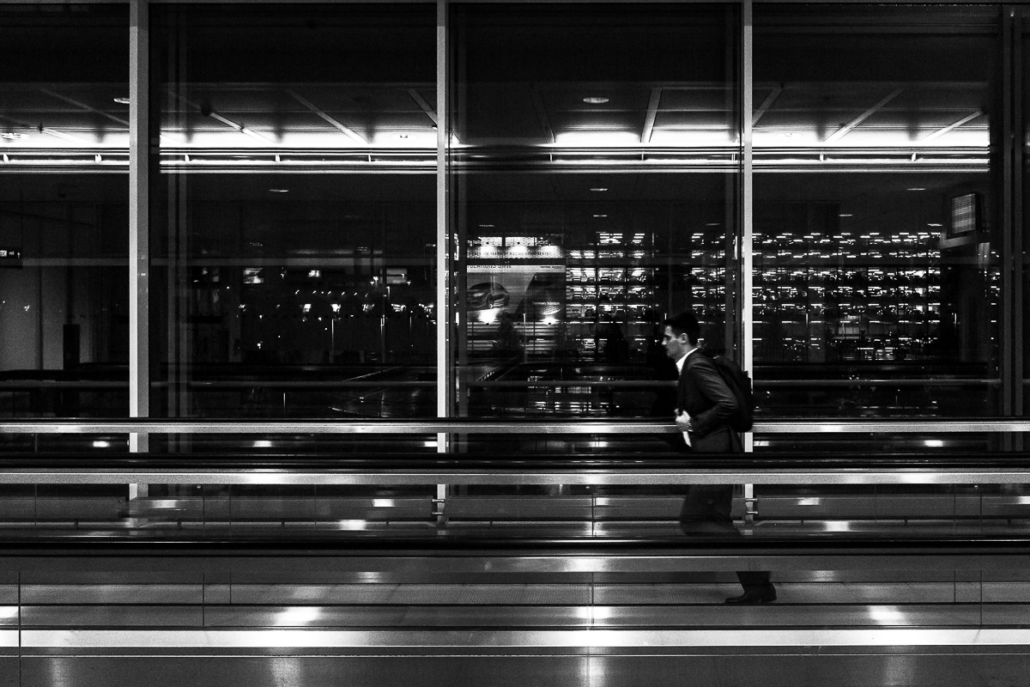 Another photo of my Airports portfolio, Rush, still from the Munich airport (Germany). This time again, it’s all about lines. Vertical, horizontal, from the airport itself, from the other buildings outside… The graphic intensity is very strong!

I still don’t get why is this man in a rush. It way past 11:00 PM, the only flight in the whole terminal was the one I was waiting for, which was anyhow almost 2 hours late. I suppose he didn’t know! But that’s not a problem, it gave me time to shoot around me, and this man’s anxiety gave me a perfect human element in my concert of lines.

It’s a bit weird to shoot in an empty airport. My traveling camera, the mighty Fujifilm X100t, is small and inconspicuous, perfect for shooting in the usual crowd of the airport, even from the hip. But here, imagine a 300m long hallway, with just one guy standing in the middle… Being big or small, the camera doesn’t even matter, it just feels weird. But anyhow, I was lucky enough that some people were so much in their mind that they didn’t observe me and continue their way. And I was just happy to shoot them, it made the wait way shorter that it actually was 🙂