Today’s photo is not per se street or travel photography, but was taken with the same spirit 🙂 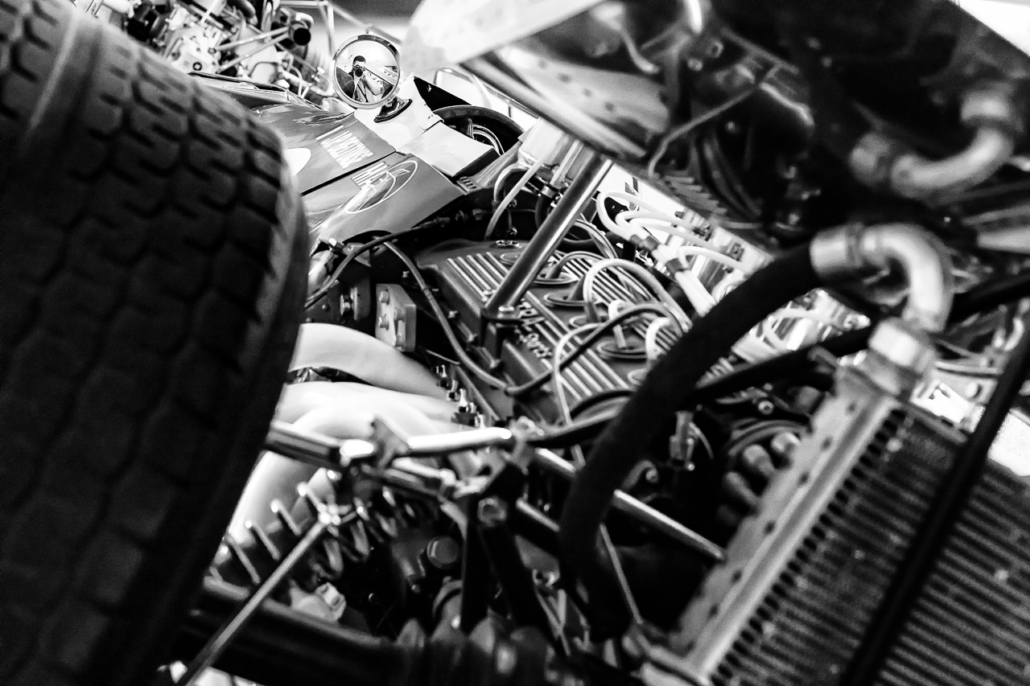 This is a Matra MS11 Formula 1 from 1968. It sports a Matra V12 engine, that was run in open air, just like in the photo. Which is pretty awesome. It was driven by Jean-Pierre Beltoise and Henri Pescarolo, unfortunately without great success (1 podium only, and a lot of DNF). As a Formula 1 and motorsport in general fan, I couldn’t help myself from appearing in the shot, in the rear mirror. It’s not a occasion you often have!

This Formula 1 car, as well as all the F1 (including the 1969 MS80 F1 World Champion driven by Sir Jackie Stewart) and the Le Mans winning sport prototypes can be seen at the Matra Museum in Romorantin, France.

This shot was first process in Adobe Lightroom with basic adjustments then converted to black & white with Nik Collection Silver Efex, using the High Structure preset I’ve posted, with a few tweaks. 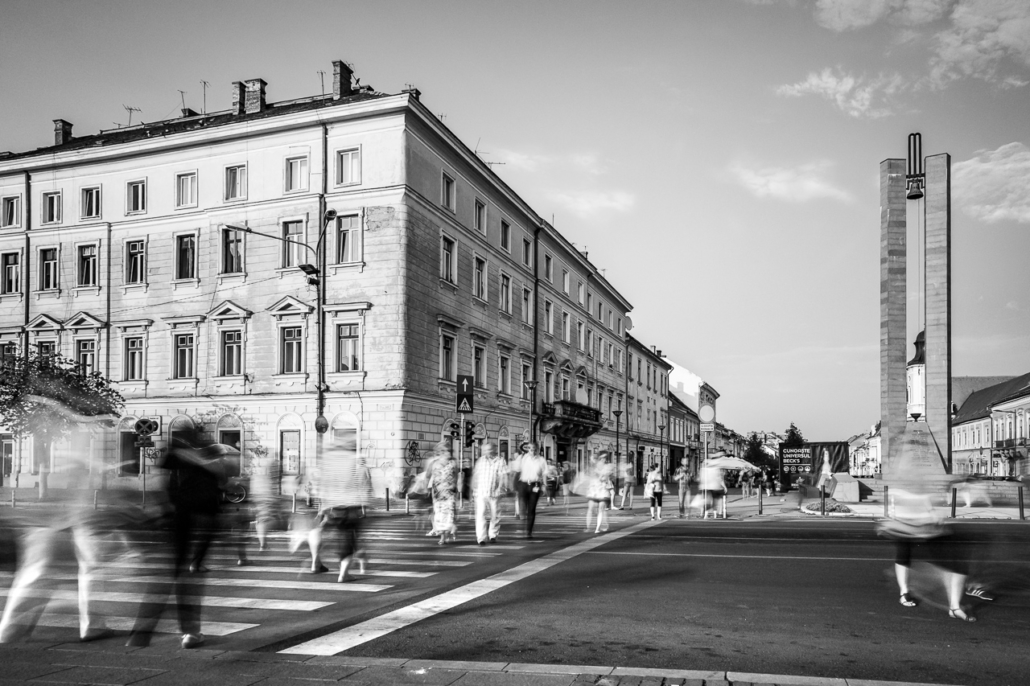 Another item of the “Commuting” series, where I try to capture the people going to/from work as shadows. It was taken in Cluj-Napoca, Romania, on Piata Unirii, next to the Memorandum Signer’s monument I shot earlier this year.

Unfortunately, it’s vacation period and it’s not that crowded, si I had to stack a few shots in Photoshop in order to make it a bit busier… and avoid having cars on the frame too!

The black and white processing was done in Adobe Lightroom. 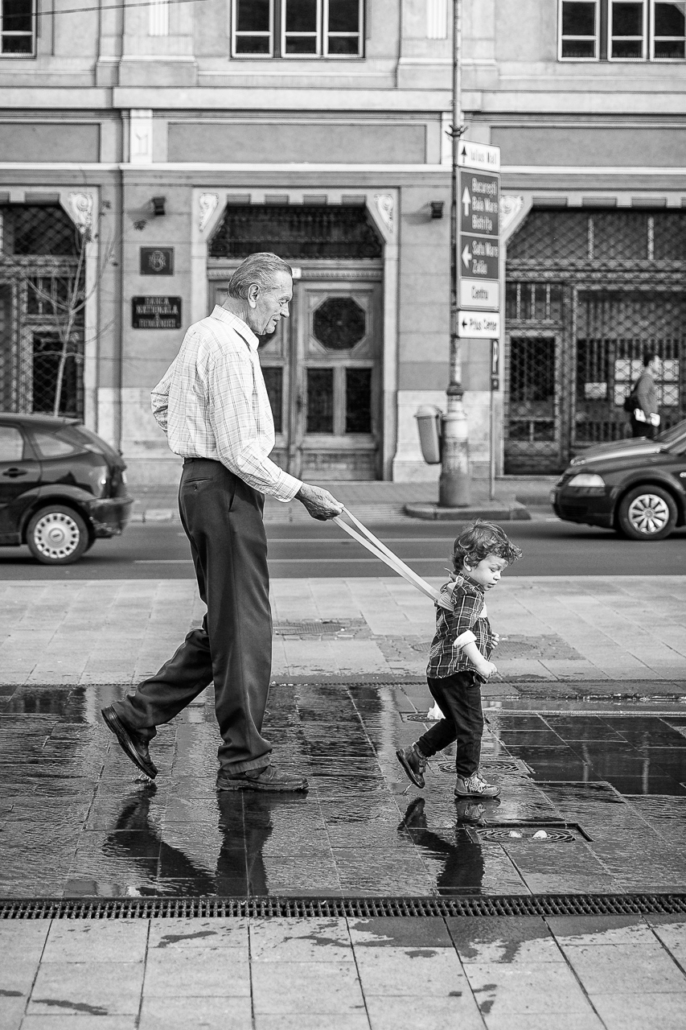 A grandfather playing with his grandson between the fountains of Piata Unirii in Cluj-Napoca, Romania. Playing, but keeping him on a tight leash!

This photo was first processed in Adobe Lightroom for the basic adjustments (crop, color temperature, lens and perspective correction). Most of the work has been handled in Nik Collection Silver Efex Pro. I really enjoyed using the different structure levels in order to get a fully detailed image. It’s such a powerful tool!

Interested in licensing this photo? Give a look over there! 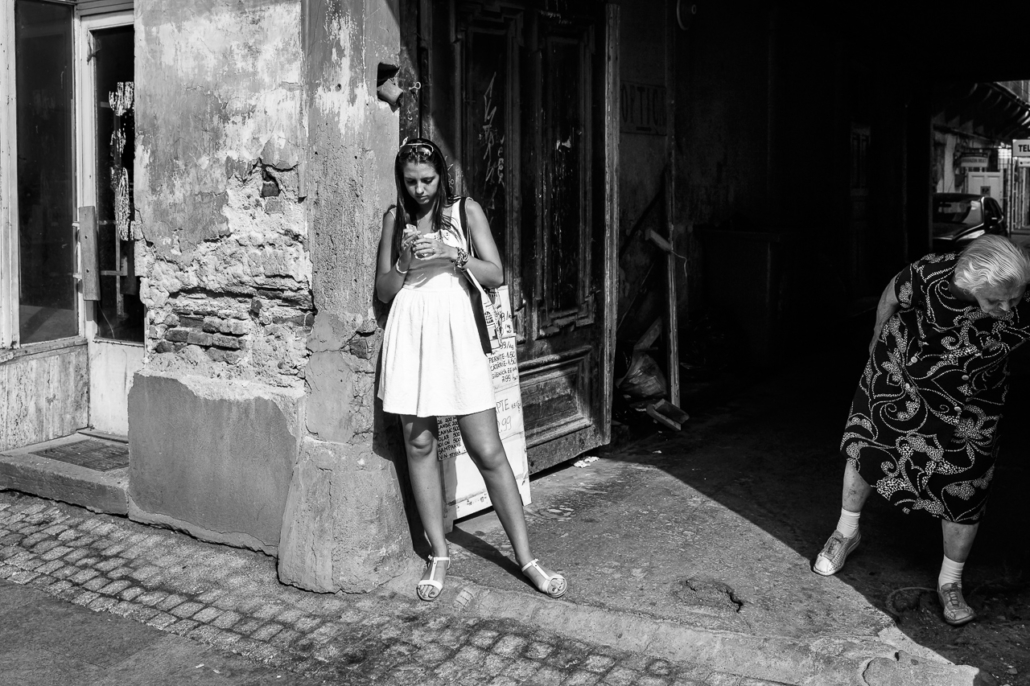 This photo was taken in Cluj-Napoca, Romania. It’s a photo that I really like, full of contrast. I don’t speak about its processing, here 🙂  Bright/dark, young/old, dark hair/white hair, white clothes/dark clothes… This young, beautiful, dark haired girl stands in the light while this older lady with a white hair and dark clothes stay in the dark. Is it a vision of her future? That may be!

While technically not perfect, it’s a photo I really like as it displays the 2 sides of women in Romania. On one side today’s beautiful girls, on the other side the older woman who lived during the communist era, a totally different life. Did I say contrast already? 🙂 It was a reflex shot, as I was roaming in the streets, on the phone, the camera in the other hand. I passed by them, hardly had the time to rotate by 135 degrees, take the camera to my eyes and shoot them. I wish I framed a bit more on the right, but one second later they both moved and the scene was gone.

For this photo, nothing really fancy on the processing side, just a black and white conversion with Adobe Lightroom and a few dodge and burn to give it a more 3D look. 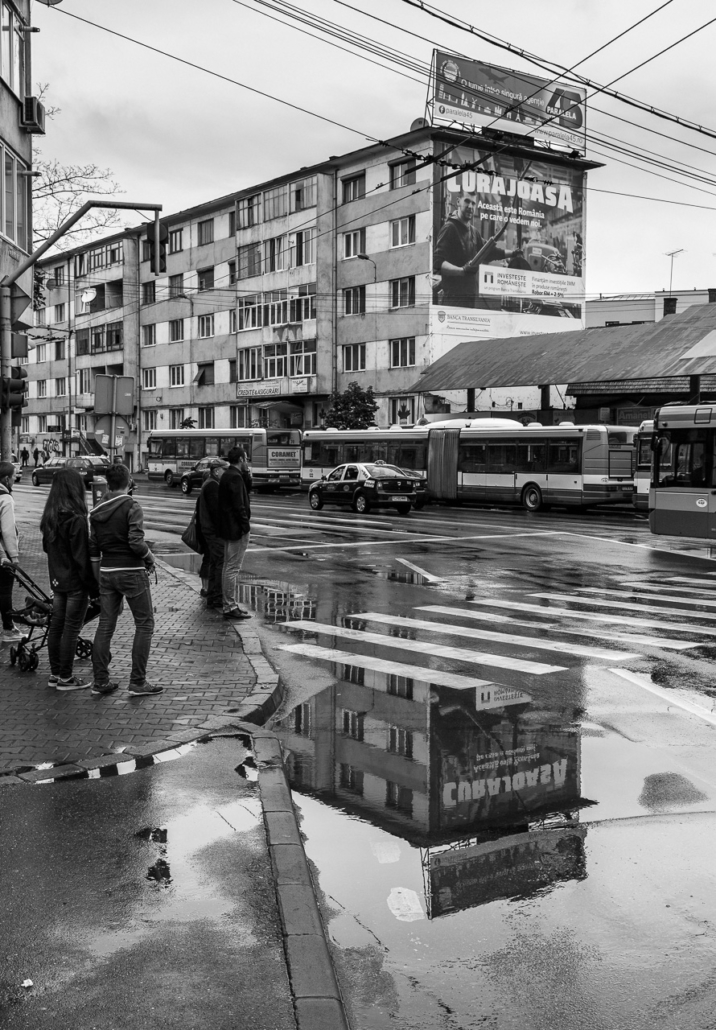 This shot has been taken in next to Mihai Viteazu square in Cluj-Napoca, Romania. We’re not having a very nice summer this year: low-ish temperatures and rain showers are quite common. That’s perfect for me as I don’t like the hot weather, and I love to shoot under the rain! People are rushing, trying to protect from the rain in funny ways… Cluj’s streets are sometimes not very straight and offer some puddles for me to use for this kind of photography, where I try to have a nice reflection of a buildings, of the people, etc. Let’s use the city’s perks in a creative way!

For this photo, on the processing part, nothing really fancy: standard Adobe Lightroom workflow, with a bit of dodge and burn on both the buildings: the real one, to make its lines pop, and the one in the reflection, in order to see it more clearly. I can’t say it was really clean water…

Interested in buying this photo? Take a look over there.